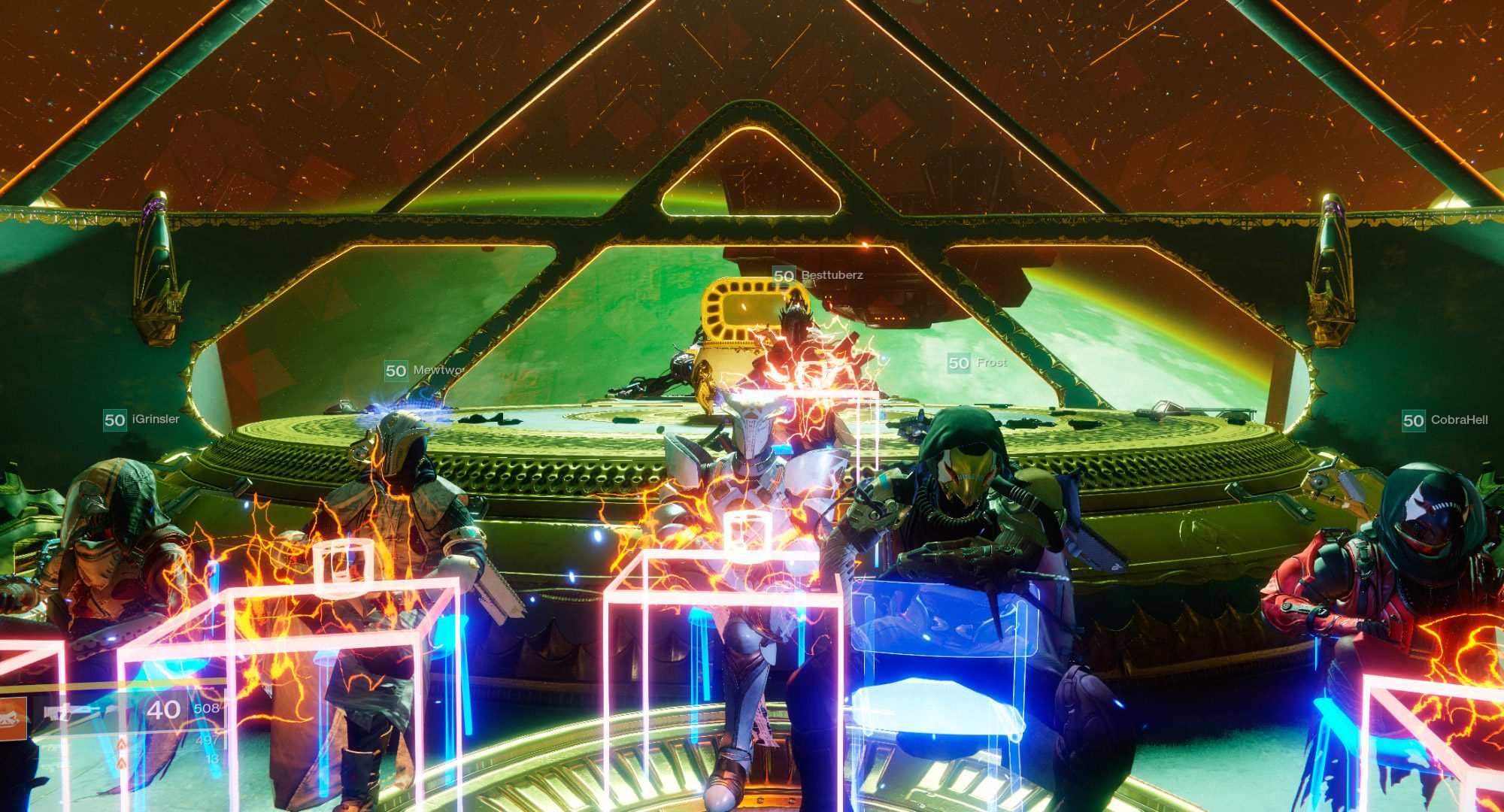 We were a rag tag group of random players, but through
determination and ambition we were able to finally get through the whole raid.

The first part was pretty easy going, toss the balls to each player on a plate then when the center shield was down throw the charged ball into it. Do it again two more times and we were finished, too easy. Next up was walking a charged ball through the big open fan blade maze. Had to toss the ball in three spaced out chambers while parkouring through the various fan blades. The next two encounter were the trickiest mainly because timing had to be on point and all members had a critical role that needed to be executed correctly every time. First part of the the last encounter involved having two group situated on the left and right side. From there it went pretty much as described by Sam Chandler:

Second part was definitely the hardest and had us wiping what seemed like 20 some odd times. Really was pretty intense trying to handle all the needed elements at the exact right way for each phase of this last encounter. It got to the point in which we had members leave for sleep and we spent a considerably training up the new players. Here’s the run down on how this goes, again explained by Chandler:

Thankfully we preserved even with our patience running thin, 6ish hours later!