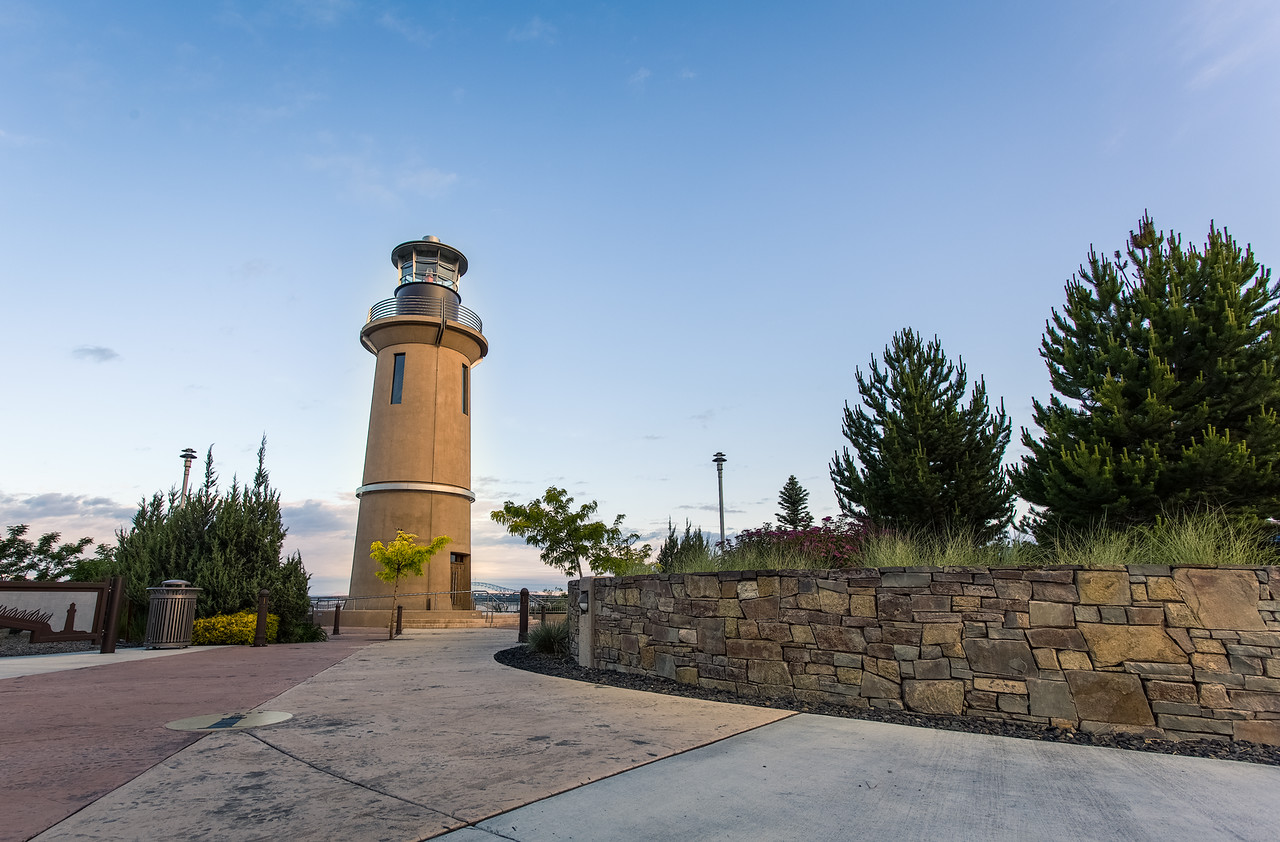 One of the benefits I’m getting to enjoy while on a night rotation is being up on through the early morning hours. Not to say that I like working at nights, actually look forward to moving back to a more daytime friendly shift coming up later in June. With the little work days I have on this odd shift I usually try to make the most of this adjusted sleep schedule to get out to local locations at an early enough time to catch the sunrise painting the surroundings with its warmer tones and lack to crowds getting in the way of a potentially serene scene.

On this morning I made it on over to Clover Island which is not too far from downtown Kennewick. I noticed from recent weather reports that eventually it was going to be overcast and if there were going to be any chance to get photos it’ll have to be around 6 in the morning. Parking was easy enough since none of the shops were opened and the lighthouse was a easy enough subject to get started with in capturing photos of the area. The clouds were separated enough to add a good level of interest to the overall scenes and helped in blocking some of the stronger contrast that would have been issue from shooting some of the scenes facing eastward.

Overall I spent about an hour and half in the area while walking mostly along the sidewalks lading up a island motel. Right up towards the end I noticed the sky had become mostly overcast, but it wasn’t too much of an issue. Other than the lighthouse there wasn’t too much else to get photos of, I will probably come back to get some better composed pics of the Benton-Franklin Bridge at some later point.

After getting back home I got to try out streaming the photo processing part of the workflow with Erika. Really think it’s a pretty neat feature to have and may try working on more of these episodes when it comes time to process any more photos from hikes or local walks. Something I would look into is figuring out how to add both a webcam plus the view showing the desktop side kind of similar to how you would see on gaming streams on Twitch.