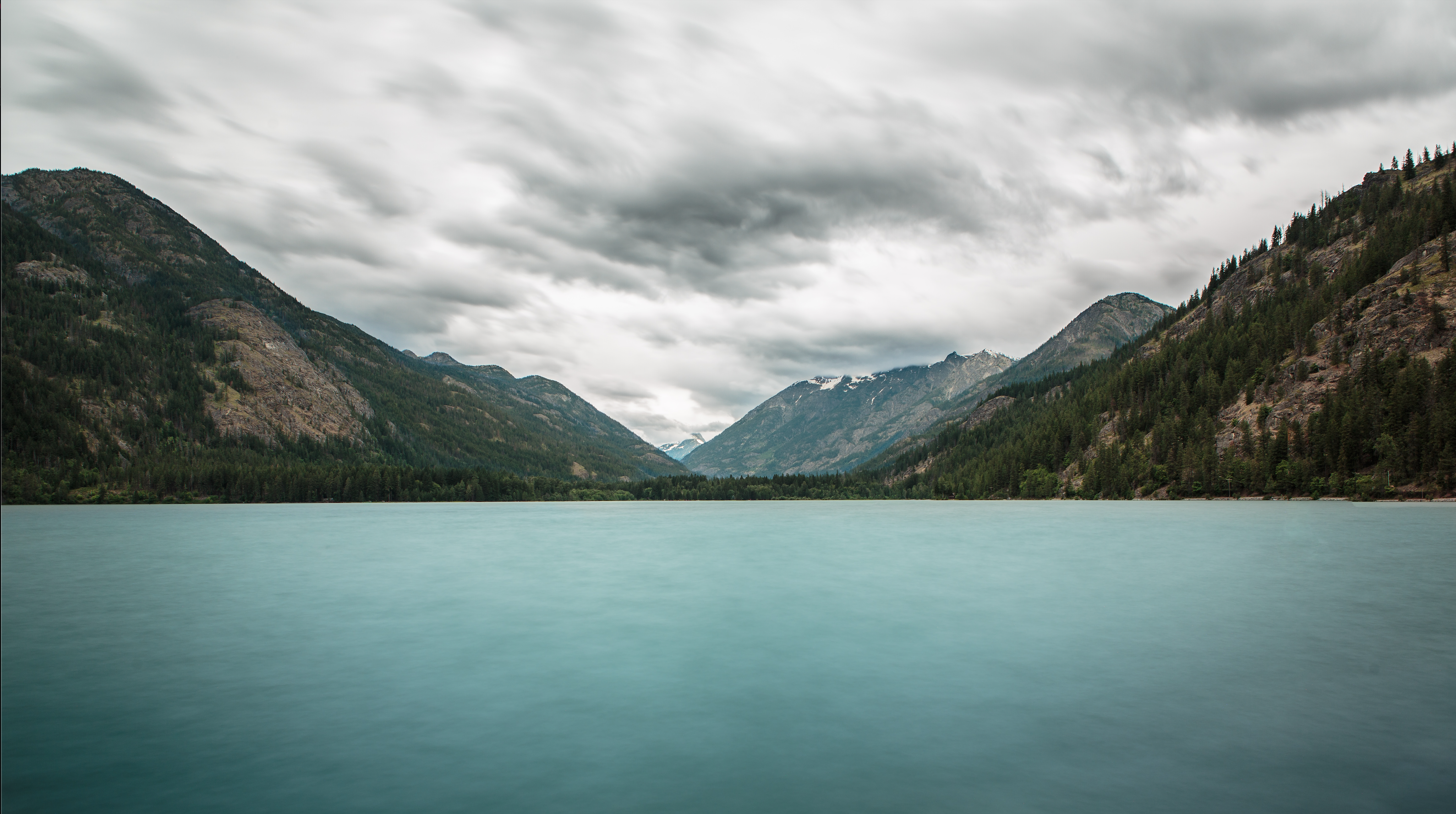 Taking the photo can be seen as initial first step leading on a journey to refine the captured image to the final state showcasing what caused you to snap the pic in the first place.

In many of the photos I have took it was the post processing that was one of the most interesting of the whole experience. That being said there are some scenes that when captured there was little need to go through all the post processing to bring out that quality that got my attention, and then there are photos like this one.

Stehekin, WA is a nice enough place tucked up in the northern part of Chelan Lake far away from the ever connected world and was the place I was staying for some hopefully good landscape pictures. Out of the bunch this one scene was a bit of a surprise that it wasn’t much of a stand out given the elements making it up. I spent way more time than I typically would of working to finesse those hidden qualities that had initially captured my attention.

Here’s how the photo looked after import, all of the various settings couldn’t be seen in one screenshot but its pretty much all default values at this point.

Now to apply some basic fixes such as lens correction, healing, and temperature adjusting-

At this point its coming around but I needed to correct the odd temperature fluctuations and contrast between the water and the rest of the land elements. To do this I created a series of brushes accounting for those various components of the scene.

Not bad so far, most of the coloring and contrast is looking about right to how I experienced it taking the pic. Now I need to go ahead and correct the rest of the scene to bring it closer to the same level of vibranance I remembered it being. At this point I’ll need to adjust the cloud clarity and contrast as well as creating directional graduated temperature adjustments to the water. Then finally I’ll add the sharpness layer to the scene and make any needed minor adjustments:

Which brings us to the end of this journey:

One Reply to “Landscape processing in Lightroom”