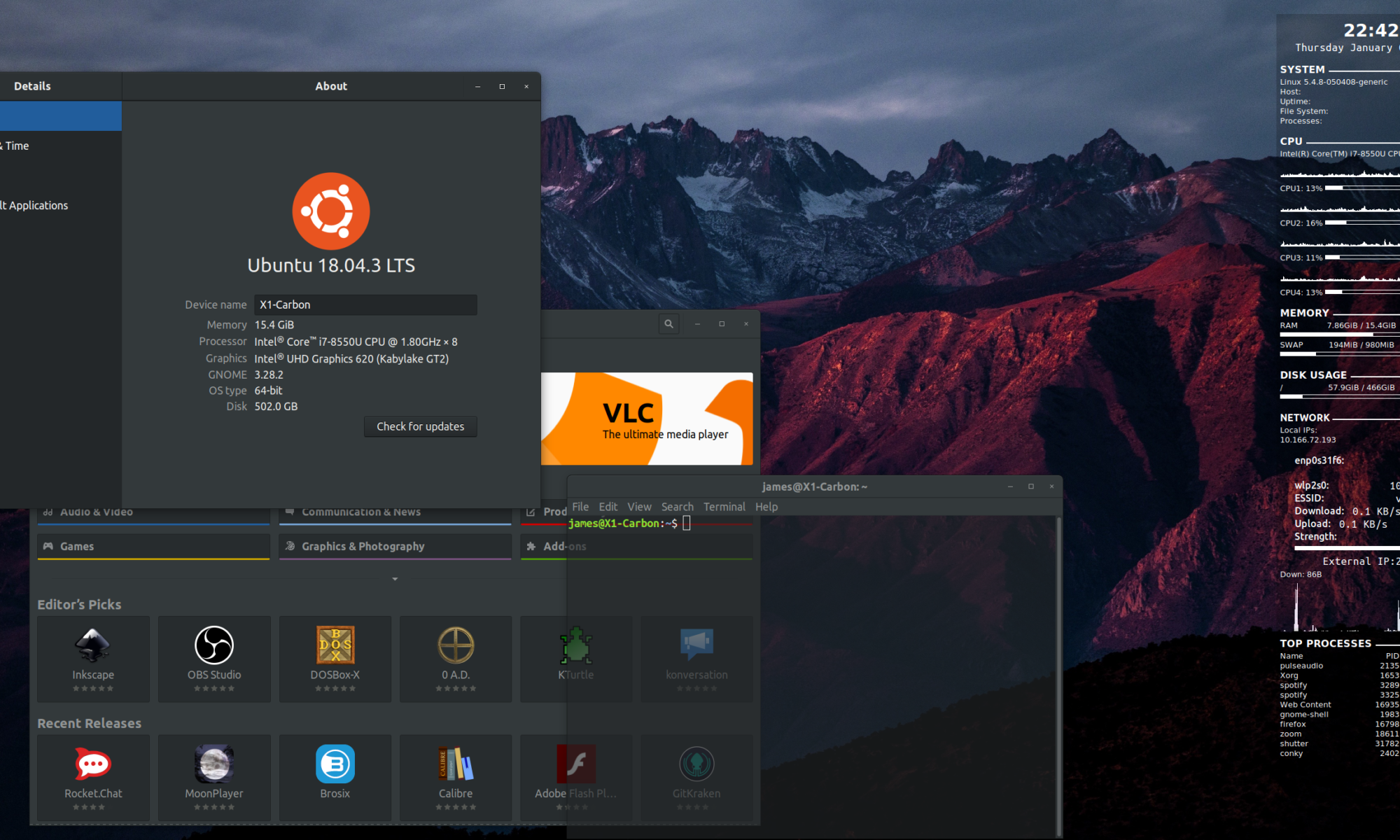 This will help change up how the lock screen is presented while maintaining the same level of security as the default. Here what you’ll need to get started:

You can easily the apps from running this apt one-liner:

Next up create a new bash script called “lock” in your bin folder (sudo nano /bin/bash). The script will be telling scrot to take a screenshot, save it as a defined name, apply a blur filter to it, save that as the same named image, and then have i3lock use that blurred image as a lockscreen.

Save the script then run chmod to make it executable:
sudo chmod +x /bin/lock

Last thing I had to do was create a keyboard shortcut that tells Ubuntu to execute the script. Just go to Settings > Devices > Keyboard to bring up the list of shortcuts. Go to add a new one: