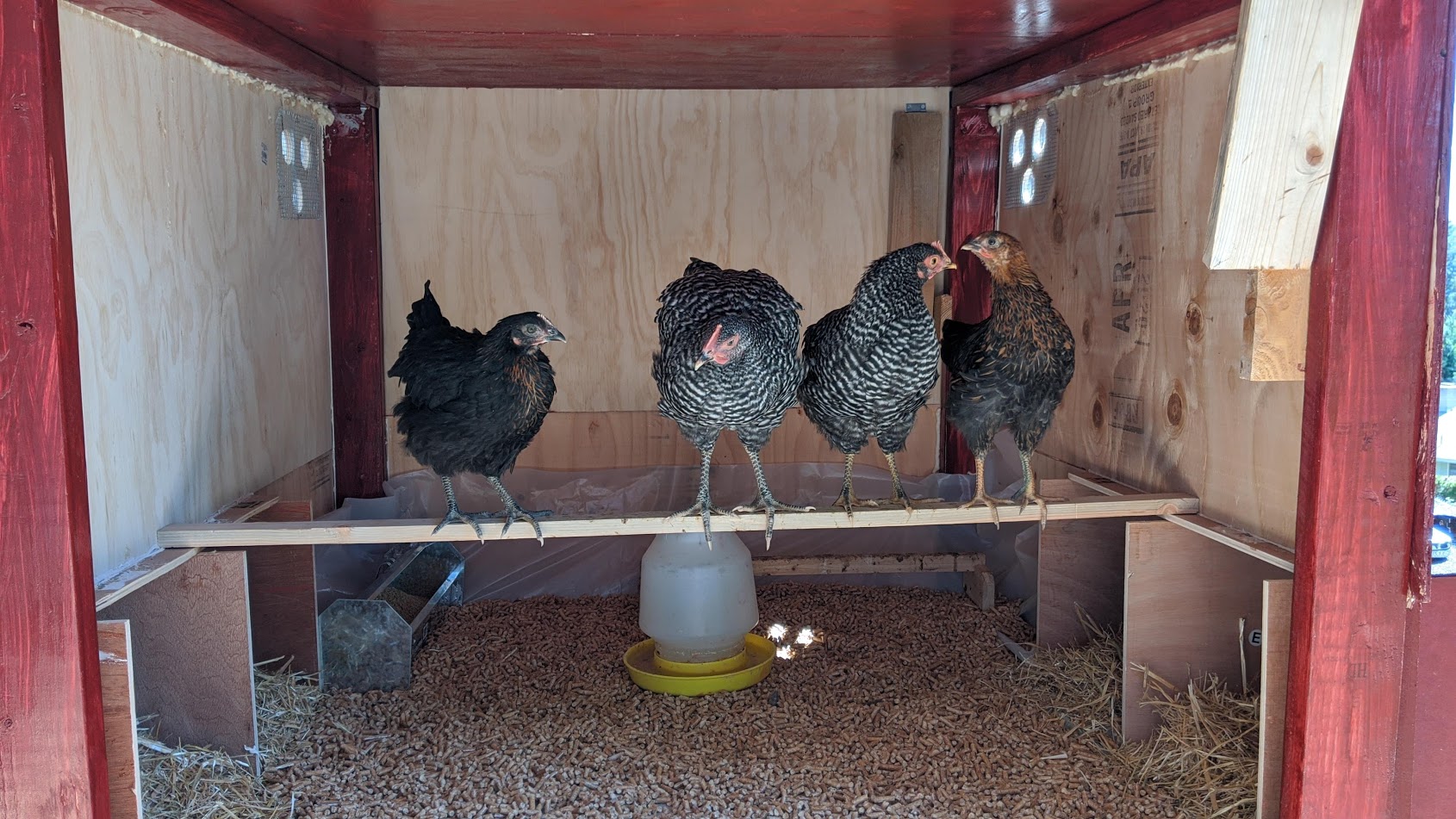 Been busy raising a small crew of hens since late February and since the start of May been working to learn and develop what would eventually be their coop, here’s how coop v1 turned out–

The idea behind the design was to put together a sturdy enough coop with the needed space for 4 chickens with basic materials. All in all it came to around $350 in mostly lumber. It was rough around the edges but achieved the intent with the main components being 2×4’s of varying lengths, 2×6 wood panels, a lot of screws, varying metal brackets, roofing shingles, and wood stain + brushes. The overall the inside space was 16 square feet and featured easy access maintenance doors both in the front and rear, side wall ventilation, easy to dump flooring design, and four nesting boxes.

So now its back to the drawing board in coming up with a new coop/pen setup to accommodate all the new chickens. Which is pretty much where I am now–

While I am still trying to keep the materials needed pretty simple I’m also including some improvements from the lessons learned in the first iteration. One key take away is adding some more aesthetics in the overall design to better tie in with the rest of the house and yard. To reduce money wasted from supplies used in the first coop I’m taking every opportunity to include the materials from coop v1 into v2. This will likely happen when filling out the inside coop requirements since most of v2’s outside structure will require larger components as well as improved styling than what the previous version included.

As of now I have started work on the pen portion and will hopefully have a new post on that this weekend.